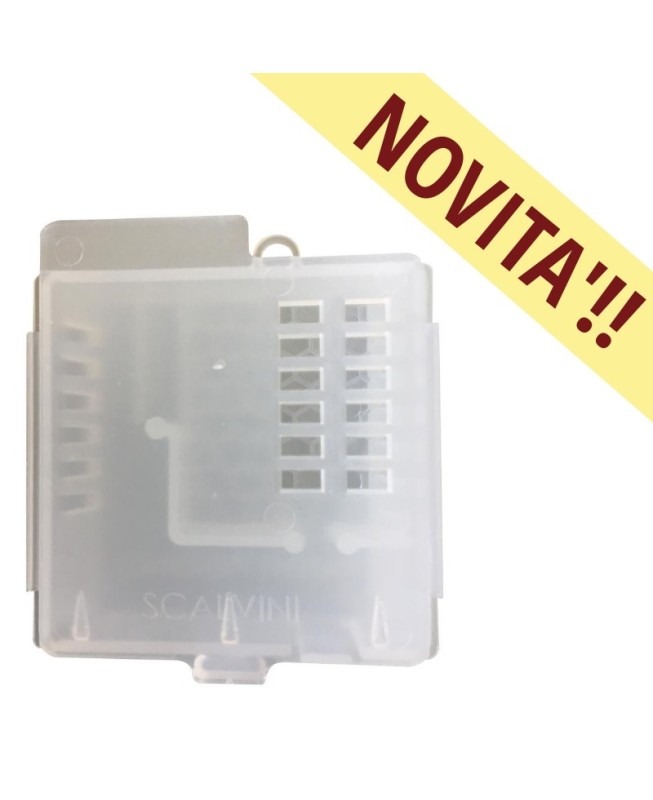 GABBIETTA SCALVINI FROM TRANSPORT AND INTRODUCTION

Gobject designed for maximum acceptance while maintaining a small size that allows it to be inserted between the combs.

This product is no longer in stock

Gobject designed for maximum acceptance while maintaining a small size that allows it to be inserted between the combs.

In this cage the queen is released after a total of 3 abundant days:

After about 1 day the bees release the passage from 4.2 mm and after another 2 days or more the queen is released.

Compared to the other cages so the bees have much more time to get used to and recognize the pheromones of the new queen and accept her.

The new Scalvini cage for introduction has a much longer corridor for the exit of the queen.

Internally, two exit corridors are visible, but only one has the size sufficient to allow the passage of the queen, the other allows only the passage of workers and escorts.

30 other products in the same category: